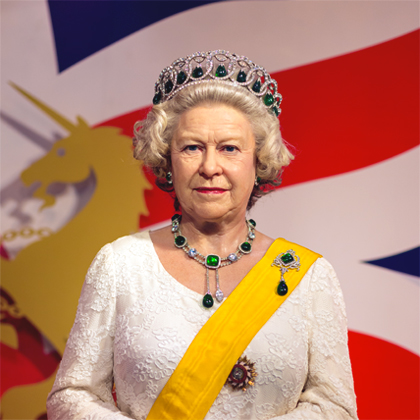 Jeremy Clarkson or The Queen, who would you rather travel with?

Choosing who you travel with is one of the best features of BlaBlaCar. But if you had a choice out of 10 celebrity passengers, who would it be?

We asked our Facebook fans to vote for their dream celebrity passenger in our recent survey and the results were quite surprising! Let’s go through them below: This Top Gear hero proved to be very popular with our Facebook fans, securing 1st place! Many of them thought that by travelling with Jeremy, they would be able to cause havoc wherever they go… We wonder where they got that idea from! Holly proves she is the most popular female celebrity in Britain! Being a regular on TV, Holly has won many hearts across the nation.

Out of all the comments about Rihanna, this one was by far the funniest: “Rihanna would just tell you to shut up and drive!” – Very witty indeed! Cheryl was a popular choice from our female members, wishing to quiz her on her beauty tips. We were surprised that Harry didn’t get more votes! As our PR Manager brilliantly commented, maybe people thought he would only drive in one direction?


7th place – Her Majesty the Queen Our Facebook fans felt it would be the highest of all honours to drive with the Queen. They also want to travel with her splendid corgis. Again, we were surprised that Mr Gosling didn’t receive more votes! Perhaps his bad boy moves behind the wheel in ‘Drive’ put people off! It seems Simon Cowell’s nasty antics from the X Factor stopped people from wishing to share a ride with him. See Simon, being mean on TV won’t help you when you want to carshare! Even though Britain’s favourite super model received the least votes out of everyone, she’s still a golden passenger in our books!