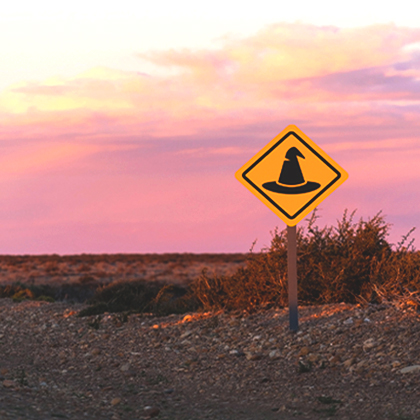 Hit the road for Halloween

It’s that time of the year again, where families and friends across the country will be showing off their amazing costumes and pumpkin-carving skills! However, what if you’re invited to a wonderful halloween party but cannot get there? Solution… BlaBlaCar!

If you’re looking to get in the Halloween spirit, there are some creepy places for you to visit… oooOOOooo!

The former home of Henry VIII, Hampton Court Palace apparently has several ghostly residents, including a Screaming Lady, a Grey Lady, and an apparition named Skeletor. You will also find Jane Seymour’s heart buried under the altar of the Chapel Royal. Take a ghost tour now… If you dare.

The Tower of London is a very famous landmark. You can go there to keep an eye out for ghosts and ghouls, or more frighteningly still, visit the White Tower to view the axe that was used at the last public beheading on Tower Hill in 1747.

Not only is this the oldest inn in York (1503), the Golden Fleece also claims to be York’s most haunted pub. From Lady Alice Peckett to One Eyed Jack, you’ll have some company with your pint. If you’re especially interested, you can also take the famous York Ghost Tour.

Rumoured to be one of the most haunted houses in Britain, Not only does Ham House appear to have a ghostly dog, but according to an investigation by the ghost club, a number of phenomena have occurred.

As part of the setting of Bram Stokers ‘Dracula’, Whitby’s spooky credentials are a sure thing. Whitby Abbey also allegedly plays host to a ghostly nun. If you’re really brave, visit the Whitby Museum to view the Hand of Glory and the Hangman’s Locket.

Drivers, don’t drive alone on Halloween!
Do you ever find yourself driving long-distances in your car with empty seats in the back? Those empty seats could be filled with BlaBlaCar passengers! By sharing your ride, you contribute further towards tourism by ridesharing to a number of different destinations. Sound great, right?

Passengers, you can get involved too!
When you choose to travel with BlaBlaCar, you are filling otherwise empty seats that would be travelling down our roads, making tourism as a whole more sustainable and eco-friendly.