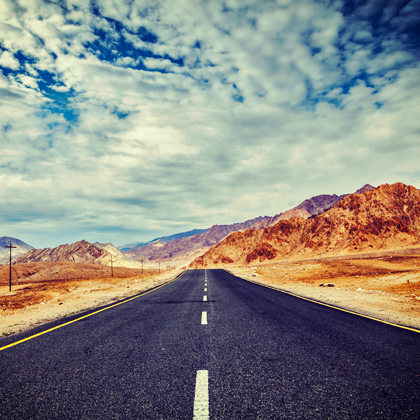 Stephen, who lectures in Behavioural Economics, tells us how he’s lived without a car for 18 years.

What first made you give up your car?

It was a combination of micro things and macro things. The micro things were the cost and hassle of having a car: not just the expense but also the time-commitment what with fuelling it, parking it, maintaining it and earning the money to pay for it. For the micro stuff, I did a cost-benefit analysis – as you might expect of an economist – and it came out negative for car ownership. The macro-things were what Thatcher had called “the great car economy”- I didn’t like the way it was transforming our towns, our cities and the countryside, part of me thought there must be a better way of arranging things rather than just let the car roll over us.

As you said, England is geared towards car ownership – have you found it difficult not owning a car?

There’s a phenomenon in behavioural economics called the Endowment Effect which means you get really attached to things you own and can’t imagine not having them. Before I got rid of my car, I used to think “how am I going to live without owning a car.” In fact, it turned out to be incredibly easy. There are very few occasions where I think to myself, “if only I had a car.” Most of the time I don’t even think about it – it’s called freedom!.

How do you get around without a car?

What do you use when travelling long distance?

I use trains mostly, sometimes the National Express if I have to go to Heathrow but there are a lot of options. Over short distances I mostly walk,  occasionally use a bike, a bus, or a train. Sometimes I’ll hire a car or use my car club membership. Or I might car share with other people – when I worked in Eastbourne I used to share a ride. What’s great about BlaBlaCar is that you can come to ride share arrangements without knowing the people. That’s the thing about the web – you can find out about these things without having the personal contact, which you used to need. And with car sharing it’s not just about the money saving aspect, there’s the social side too.

How much money have you saved by not having a car?

This is almost impossible to answer because it depends on the car I don’t have! Figures from the motoring organisations show that a small car costs about four or five thousand pounds a year and a large one £10,000 and up. That’s a lot of buses, taxis, trains and hire cars. I don’t need to do the maths because I know I’m quids in, no question about it. People have a very poor awareness of how much a car costs to own and run (an RAC survey showed that 30% had “no idea.” Behavioural economics shows that people focus on “salient” things like the costs of parking and petrol, while tending to overlook the main costs like depreciation and insurance, which are less visable and less salient.

Do you think people realize that empty car seats are a commodity that can be traded on a marketplace?

Most people are probably not accustomed to thinking in this way yet – travelling is mostly about habit and it’s very hard to break habits. I would say to people, think about the journeys you make and the best way to make these journeys rather than automatically jumping in your car as the default. Behavioural economics says that we are rational some of the time, but we can also be irrational in predictable ways.  I’d say that car ownership is one of these areas where people often don’t take a rational approach.

More generally, there’s an interesting technology shift going on – as a result of digitalisation, we’re moving away from what’s called an “asset heavy”  approach to an “asset-light” approach. In other words, you hire or lease an asset when you need it – kind of pay per use. I’d say that hiring a seat in a car is part of this shift, using a product only when you need it. This is particularly true for people under 25, – this is a generation that’s familiar with renting content or only using it when they need it – digital music being the obvious example, with lots more coming along.

For car lanes to make a major impact on people’s decision-making process, they have to be much more prominent.  Same goes for bus lanes and cycles lanes – over time, they will make a difference. Think about the situation in North America, where freeways often have High Occupancy Vehicle lanes which are reserved for cars with several passengers. These lanes are designed to help car pooling, and will help to change travel behaviour over time.

Would you use BlaBlaCar in the future?

I’d certainly think about using it on a long-distance journey. Using public transport on some journeys can be hard to do, and sometimes you don’t  need the hire car when you get to where you’re going, so buying a seat via BlaBlaCar would offer another way of getting from A to B and maybe meeting some interesting people along the way. Back in the day, I sometimes used to hitchhike, so I guess that ridesharing is the Web 2.0 peer-to-peer version!

Stephen is a senior lecturer in economics at the University of Brighton who specialises in Behavioural Economics and Behaviour Change. He runs the website www.giveupyourcar.com and has a blog where he writes about living carfreelivingthecarfreelife.blogspot.co.uk. He is currently writing a book about why it’s better to live without owning a car.

To find a ride with a driver travelling your way, just click below.